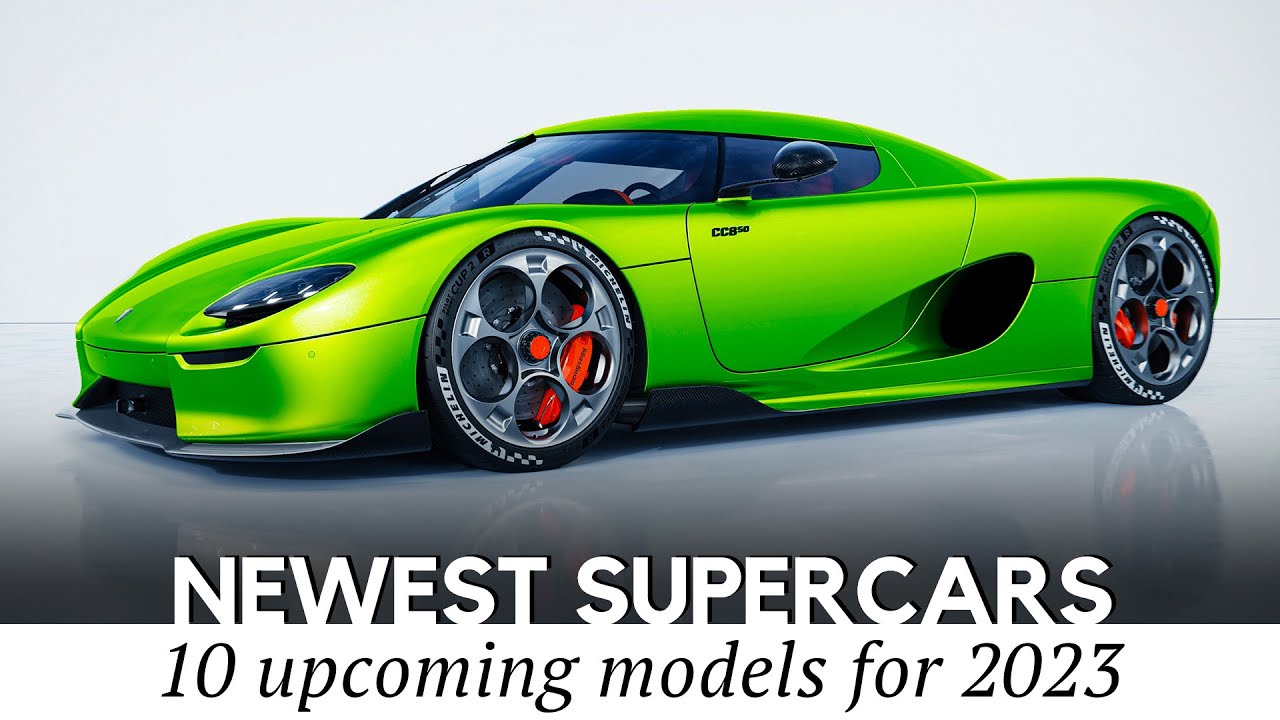 We all have different tastes in cars, but some models are universally loved and highly anticipated by the entire community of auto enthusiasts. Today we tried to gather such a lineup that would include the most desirable newcomers from the realm of sports and supercars. Model years of 2023 and beyond have some series brawn and agility, and are destined to witness some record braking performance.

More #AutomotiveTerritory videos on the topic:

Latest family-oriented supercars for 2023 MY:

Rundown of all models mentioned in this #AT_New_Cars release:

2023 Koenigsegg CC850 takes inspiration from the first Koenigsegg car – the 2002 CC8S. It celebrated the brand’s 20th and the founder’s 50th birthdays. The model was initially limited to 50 units, but due to high demand, 20 more will built.

In 2022, this monumental achievement seems rather unimpressive, since the new Venom F5 Roadster is aiming at reaching the 300-mph mark. The model was named after the devastating F5 level hurricane.

After a merger with the Manufacturer of electric hypercars Rimac Automobili, Bugatti will have to say good bye to its pure internal combustion engines. Only 99 roofless Bugatti Mistrals will be produced in colors inspired by the Bugatti Type 57 Roadster Grand Raid.

2023 Mercedes AMG One is starting production in Coventry, UK; each of the 275 planned units will be hand-built and fitted with an F1 engine.

The next chapter for Dodge muscle will be fully electric and unlike the competition it won’t be silent. Stellantis is currently developing an 800 Volt architecture codenamed Banshee that will underpin the Dodge Charger Daytona SRT.