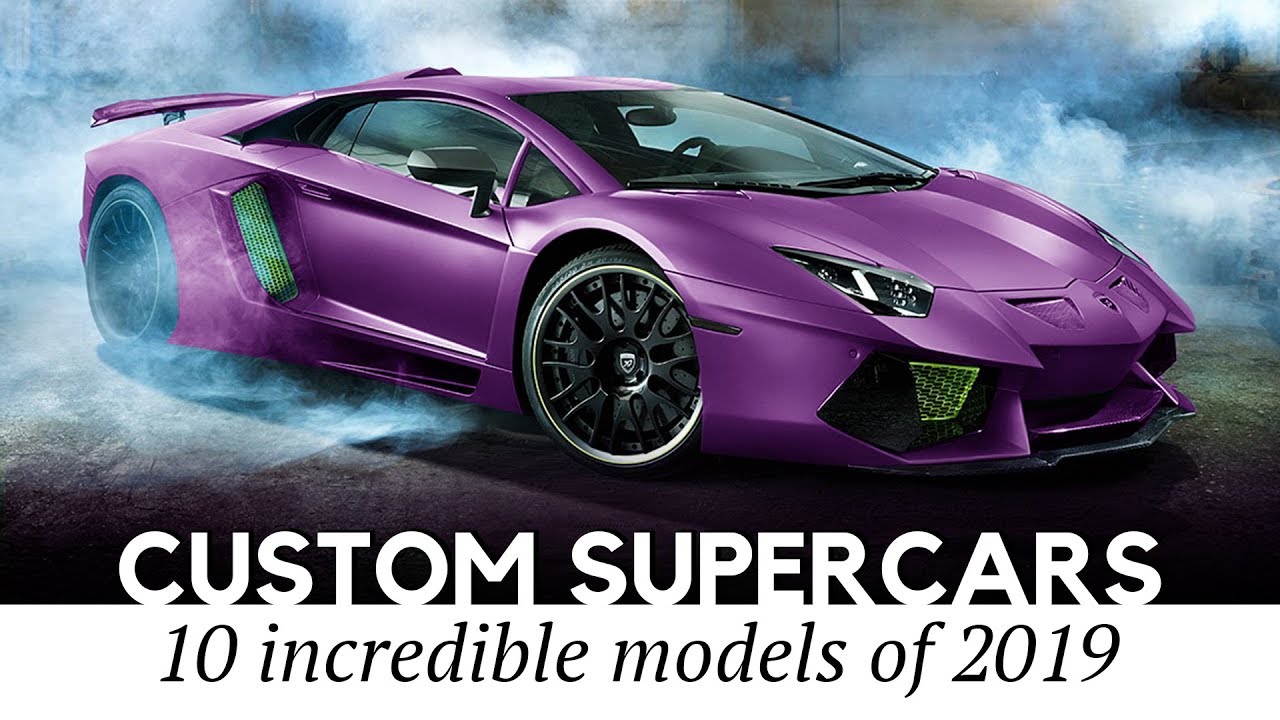 You might assume that if price tags of some sports and supercars reach hundreds of thousands of dollars, they must come plain perfect straight out of the factories. However, it turns out that there is no limit to perfection and multiple custom workshops provide services of further performance improvements, personalization and exclusivity boost to these already rare car models. We would like to present to you, top 10 handcrafted performance automobiles that allow their owners to proudly say that their vehicle is truly one of a kind.

Guide to the latest automotive releases:

All of the vehicles shown in this #ATsportscars episode;

The first in two decades new TVR sportscar model is nearing its production, however the newcomer is blamed for the lack of the bonkers spirit of the classic British performance autos. Luckily this could not be said about the TR Supercars Speed 12 Turbo project.

The 812 Superfast is not the most timid looking Ferrari out there but Novitec still chose to throw in extra aggression in the mix by reworking the aerodynamic parameters of the supercar and adding some performance upgrades.

Compared to the discreet Novitec kit for the McLaren 720S coupe that came out in the beginning of 2018, the N-Largo is much more in your face.

You would think that one of the world’s most expensive and fastest hypercars cannot get any better and more exclusive, but the Mansory thinks otherwise. The Centuria is the world’s first tuned Bugatti Chiron.

Jaguar F-Type Lister LFT-666 is the fastest, the most powerful, and fun to drive production Lister in history that is capable of 208-mph top speed. The car will be released in a limited number of 99 units with a pricetag of $183,300.

Mercedes-AMG GTR by Fostla is a 650hp 2-door supercar that beats new Lambo Huracan Evo and Performante models in terms of power. The model comes wrapped in black and yellow vinyl urban camo that makes it truly stand out on a crowded road.

This German custom workshop has been operating for more than 20 years and even though they have tried their skill in different projects, it seems that their talents best applied to Italian cars, among which are the latest Alfa Romeo 4C Centurions 007 and 008.

Audi ABT RS6-E Concept previews the future of after-market tuning as ABT Sportsline sees it. The hypercar is based on the already tuned ABT Audi RS6, which gets an additional electric motor, bumping the total system output to 1018 hp and 958 lb-ft of torque.

From time to time, Hennessey allow themselves to temper with supercars from other manufacturers by boosting already high horsepower and torque numbers. The upgrade is available for the 3.8L V8 powered McLaren 570 of the 2018 and 2019 model years which costs at least 208,000.